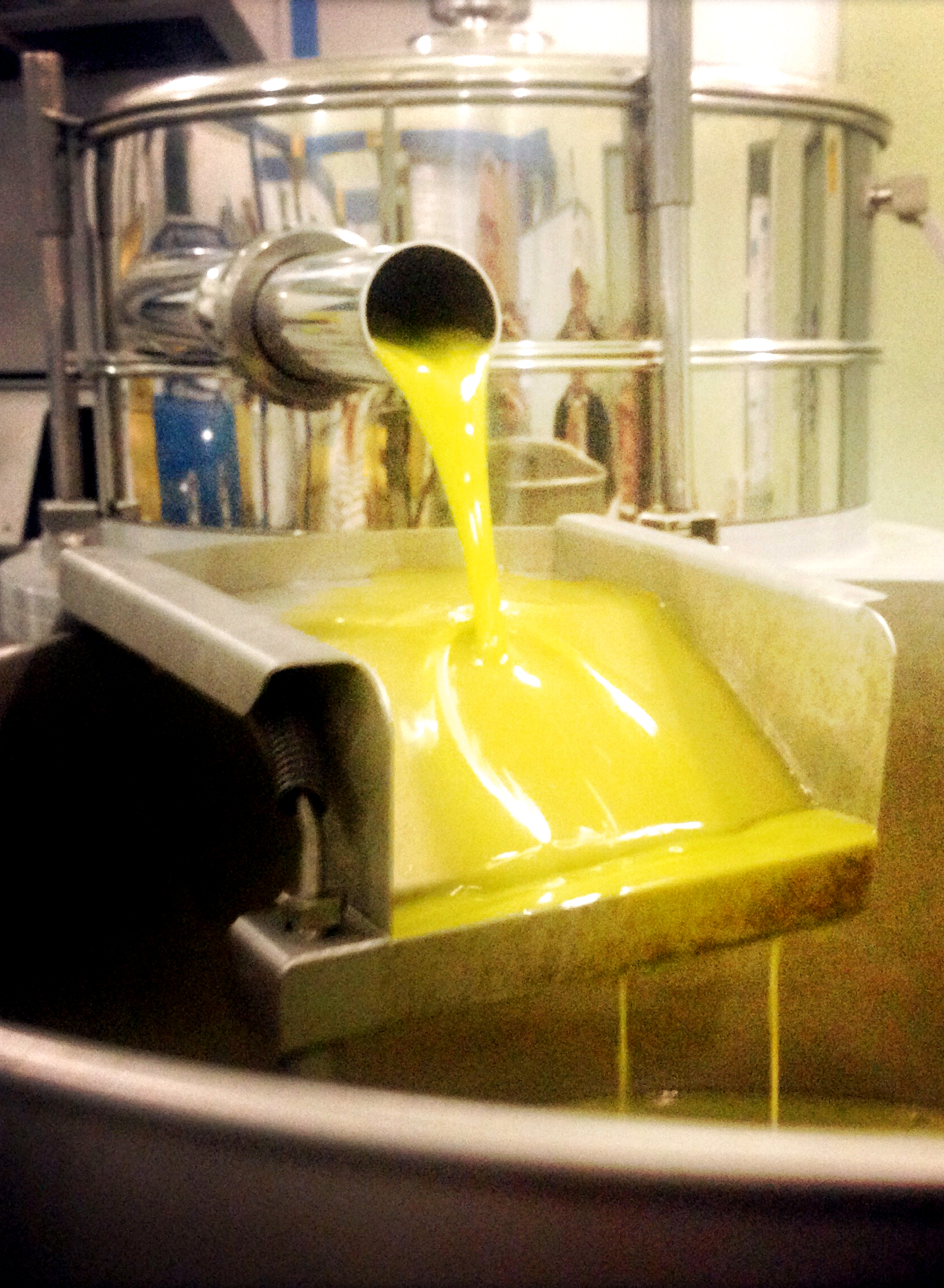 The harvest this year was very late and very plentiful. In spite of the drought, it has been the most bountiful harvest ever. It's partly that some of the trees are no longer adolescents and are big adn mature, partly that the olive fly was not a problem this year. For such a warm, dry year, the harvest did not begin until very late,: October 18. We have picked on 3 days already, and anticipate on more pick, from the very spicy Koroneiki olives.

We have always milled the different harvests separately. For the first time ever, we have kept the millings separate and will bottle them separately.
The oil is still cloudy; it has been settled, but is unfined and unfiltered. Its freshness is so powerful right now-- you will want to sip it right away. But it will keep easily for a year or more.

We made only 25 bottles from the first pick, and it is already sold out. The second and third picks represent the mix of trees closest to the wineries, with a predominance of Italian varieties. The first of the two picks was on October 27 and the second on October 29. We are offering only a total of 100 bottles of each pick.