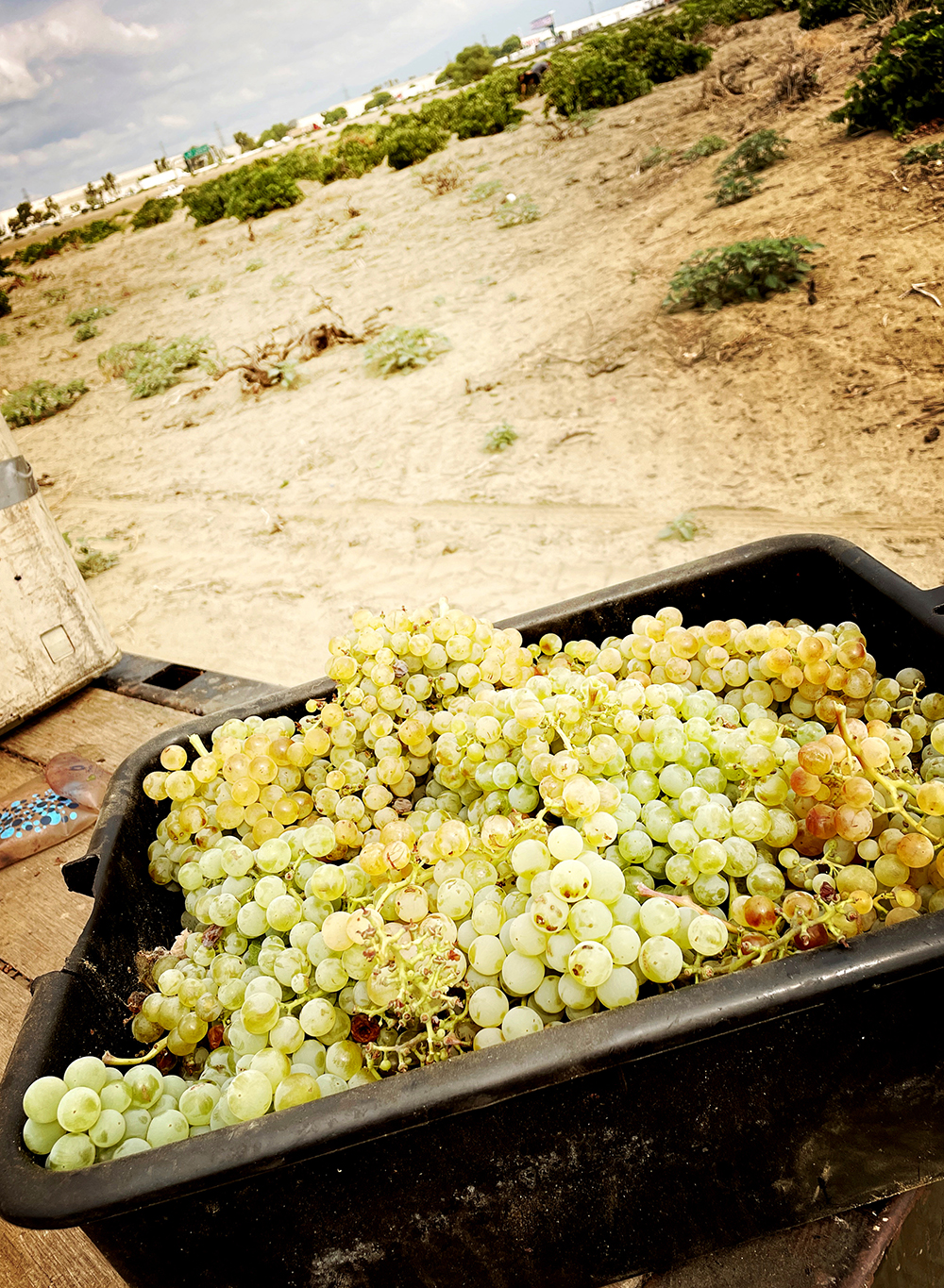 What wonders! We have made two white wines from old vine white vineyards in the Los Angeles basin. Who knew there were even two such vineyards. And both are Palomino. Two Los Angeles Palominos!

We harvested the very stressed old vines at Lopez at the beginning of August, and then, a few days later, Domenic Galleano called me and said that we could have some more old-vine Palomino-- from their home ranch. "And it will be better than Lopez," he said. We rushed at the opportunity.

The vines are bigger and much stronger than at Lopez. They have been cared for better, and more constantly. And I think that they have access to underground water. The clusters are big and so are the berries; the fruiit is less tannic than Lopez and more fragrant.

Precisely because it was less tannic, we felt that we could skin-ferment half of it, and enrich the wine from the skins. We foot-stomped all of it, pressed half of it, and fermented rest for two weeks. We